geralt / Pixabay Tech companies rang in the start of the new year by unveiling some of their ambitious plans for the coming months. Startups and multinational companies alike are beginning to feel the ripple effects of innovation in the industry, with technology becoming more intertwined in everyday lives each […]

Tech companies rang in the start of the new year by unveiling some of their ambitious plans for the coming months. Startups and multinational companies alike are beginning to feel the ripple effects of innovation in the industry, with technology becoming more intertwined in everyday lives each year.

As 2018 progresses, here are 5 future technologies you can expect to reach the public in the next couple of years.

1. The Internet of Things

The Internet of Things has long been talked about amongst tech insiders as the next big innovation in home technology. In recent years, IoT has begun carve a niche for itself in everyday life with the growing adoption of systems like Google’s Home and Amazon’s Alexa. These devices will continue to integrate more aspects of the home into one harmonious system by utilizing the internet, allowing a user to control anything from the air conditioning to their security via voice command and a small personal assistant.

Apple has announced its plans to roll out the HomePod this year and Samsung is reportedly working on their Bixby technology in order to compete with the success of the Google and Amazon systems. You can expect that one of these devices will be simplifying life in your home and the homes around you by 2020.

While large-scale innovation in automation has traditionally been limited to the production side of society, the technology will have far reaching implications for consumers by 2020. Amazon’s automated grocery store, eliminating the need for cashiers, has been one of the first major tech triumphs of the year.

The store has proven itself successful as an efficient alternative for shoppers in its first location. The current cost of this technology, however, puts it out of the reach of pretty much any other storefront. As the technology continues to develop, consumers can expect that pressure sensors and cameras that automate pay and alleviate long lines in stores will be coming to groceries and pharmacies near you in the next couple of years.

Recommended For You Webcast, March 31st: A Proven Framework to Turn Users into Customers
Register Now

After Bitcoin’s meteoric price jump in 2017, major tech players have begun to take cryptocurrencies seriously. Along with major Initial Coin Offerings that have hit major news outlets like Etherium, smaller companies are developing Stablecoins that provide attempt to provide all the pros of cryptocurrency transactions without the price fluctuations that have plagued the system.

As these coins begin to work themselves out and exchanges even out the fluctuations in prices, expect these assets to be mainstream methods of payment by 2020.

Blockchain, the decentralized ledger that holds together cryptocurrencies, has applications reaching far beyond financial transactions. Companies have applied the technology to everything, from simplifying tracking and access to information in academia to interesting and amusing games that use complex algorithms to create unique experiences.

Artificial intelligence, which once may have seemed like something out of a Sci-Fi novel, is seeing the light and applications of the technology are already being worked on. In particular, with the rise of the Internet of Things, Information Technology and Cybersecurity firms have begun to adopt artificial neural networks in order to monitor and prevent DDoS attacks.

In addition to its security applications, companies like Amazon and Google have begun to apply the technology to regular consumers in order to simplify shopping and searching experiences on the platforms. With all the current progress of AI technology, it is reasonable to expect that by the year 2020 the innovation will be deeply entrenched in both business and consumer activities.

George Beall is a student at the Wharton School of the University of Pennsylvania. He has a deep admiration for true innovation and has been involved in multiple in technology startups. He is currently on the founding team of Everipedia and an angel investor in an entertainment VR company. In… View full profile ›

Fri Mar 27 , 2020
This is holiday time and hopefully, everybody is enjoying their summer vacations. As the temperature is really very high outside, I don’t think you guys are going outside much to play games. The heat is forcing you to stay inside. So, if you are supposed to stay inside, you might […] 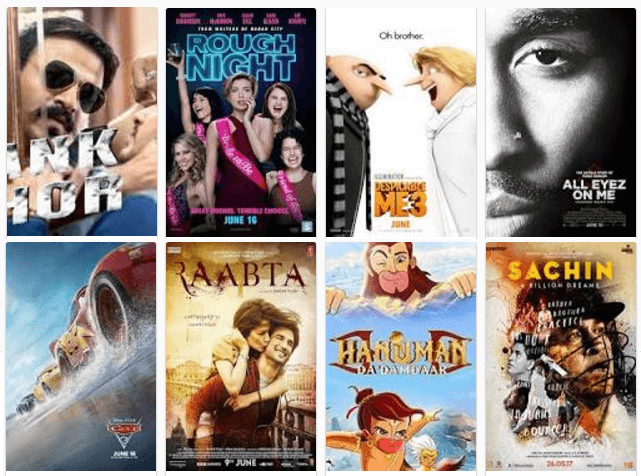