With four new starters on the offensive line and a slew of unproven options backing up the first team, Saturday’s game at Wake Forest provides a worthy test for No. 1 Clemson at 7:30 p.m. in Winston-Salem.  While the Tigers are a 33-point favorite on the road, they will face […]

With four new starters on the offensive line and a slew of unproven options backing up the first team, Saturday’s game at Wake Forest provides a worthy test for No. 1 Clemson at 7:30 p.m. in Winston-Salem.

While the Tigers are a 33-point favorite on the road, they will face a veteran defense led by one of the best pass rushers in the nation in Carlos “Boogie” Basham Jr.

“I love their D-line. I think they’re really good,” Clemson junior left tackle Jackson Carman said. “They’re probably the most experienced in ACC as far as like across the board.”

Carman is impressed with the athleticism of a group that returns four starting defensive linemen and both linebackers.

“It’s a bunch of guys that play hard. They’re very, very well-coached. They’re very, very disciplined, very sound in what they do,” Clemson offensive coordinator Tony Elliott said. “They play all the way to the whistle. They communicate well. They’ve got five seniors on defense…nine returning starters. So a ton of experience. It’s the only place where they might not be quite as experienced is at the corners, but…it’s a very, very veteran football team that’s been playing together for a long time. They know what they’re doing. They’re aggressive and then when you get into third-down situations because of their depth because of their football IQ, they can get very complicated.”

Basham is the real standout. As a junior last season, the 6-foot-5, 285-pound edge rusher burst on the scene with 11 sacks and 18 tackles for a loss, both of which ranked second in the ACC.

“My sophomore year, I realized there were many plays where I was missing sacks and tackles, and I was like if I could just capitalize on those plays I could be really good and make money doing this,” Basham said on Wake Forest’s official website. “Then last year, I took another step forward and started making those plays. I understand how our defense works, the scheme, and it has made me an all-around better player.”

Basham could’ve left for the NFL but felt like he needed another year of development. A late bloomer who showed up at Wake undersized, Basham has beefed up and learned to use his size along with elite speed, he earned preseason All-America honors from the Associated Press, and early projections have him as a first-round NFL draft pick.

“Carlos specifically, I love this game, it’s very physical. He gets off the rock, moves well in space. He is who he is for a reason. I’m excited about the challenge of going against him.”

Sat Sep 26 , 2020
Pebble was one of the first companies in the smartwatch space, and even though it’s been years since a new Pebble device was released, aging Pebble smartwatches have a loyal following. And that’s led to some interesting developments, including the formation of a Rebble Alliance that built a cloud service […] 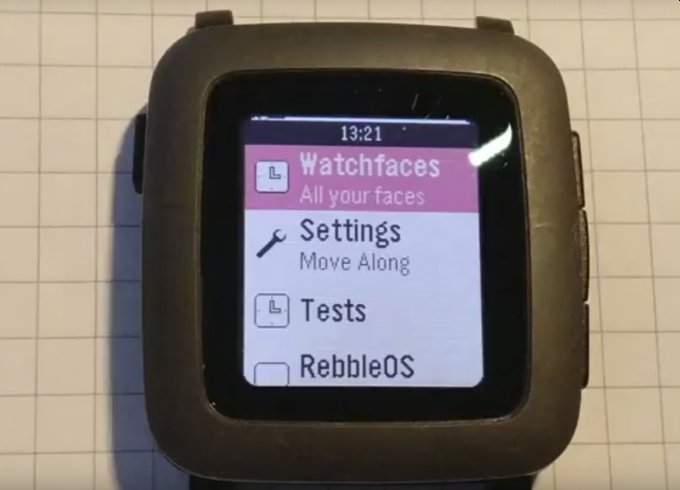