• it accepts data or instructions as input,

• it stores data and instruction

• it processes data as per the instructions,

• it controls all operations inside a computer, and

• it gives results in the form of output.

a. Input Unit: This unit is used for entering data and programs into the computer system by the user for processing.

b. Storage Unit: The storage unit is used for storing data and instructions before and after processing.

c. Output Unit: The output unit is used for storing the result as output produced by the computer after processing.

d. Processing: The task of performing operations like arithmetic and logical operations is called processing. The Central Processing Unit (CPU) takes data and instructions from the storage unit and makes all sorts of calculations based on the instructions given and the type of data provided. It is then sent back to the storage unit. CPU includes Arithmetic logic unit (ALU) and control unit (CU)

• Arithmetic Logic Unit: All calculations and comparisons, based on the instructions provided, are carried out within the ALU. It performs arithmetic functions like addition, subtraction, multiplication, division and also logical operations like greater than, less than and equal to etc.

Computer’s memory can be classified into two types; primary memory and secondary memory

a. Primary Memory can be further classified as RAM and ROM.

• RAM or Random Access Memory is the unit in a computer system. It is the place in a computer where the operating system, application programs and the data in current use are kept temporarily so that they can be accessed by the computer’s processor. It is said to be ‘volatile’ since its contents are accessible only as long as the computer is on. The contents of RAM are no more available once the computer is turned off.

ROM or Read Only Memory is a special type of memory which can only be read and contents of which are not lost even when the computer is switched off. It typically contains manufacturer’s instructions. Among other things, ROM also stores an initial program called the ‘bootstrap loader’ whose function is to start the operation of computer system once the power is turned on.

RAM is volatile memory having a limited storage capacity. Secondary/auxiliary memory is storage other than the RAM. These include devices that are peripheral and are connected and controlled by the computer to enable permanent storage of programs and data.

Hard disks are made up of rigid material and are usually a stack of metal disks sealed in a box. The hard disk and the hard disk drive exist together as a unit and is a permanent part of the computer where data and programs are saved. These disks have storage capacities ranging from 1GB to 80 GB and more. Hard disks are rewritable.

Compact Disk (CD) is portable disk having data storage capacity between 650-700 MB. It can hold large amount of information such as music, full-motion videos, and text etc. CDs can be either read only or read write type.

Digital Video Disk (DVD) is similar to a CD but has larger storage capacity and enormous clarity. Depending upon the disk type it can store several Gigabytes of data. DVDs are primarily used to store music or movies and can be played back on your television or the computer too. These are not rewritable.

An input device is any device that provides input to a computer. There are many input devices, but the two most common ones are a keyboard and mouse. Every key you press on the keyboard and every movement or click you make with the mouse sends a specific input signal to the computer.

• Keyboard: The keyboard is very much like a standard typewriter keyboard with a few additional keys. The basic QWERTY layout of characters is maintained to make it easy to use the system. The additional keys are included to perform certain special functions. These are known as function keys that vary in number from keyboard to keyboard.

• Mouse: A device that controls the movement of the cursor or pointer on a display screen. A mouse is a small object you can roll along a hard and flat surface. Its name is derived from its shape, which looks a bit like a mouse. As you move the mouse, the pointer on the display screen moves in the same direction.

• Trackball: A trackball is an input device used to enter motion data into computers or other electronic devices. It serves the same purpose as a mouse, but is designed with a moveable ball on the top, which can be rolled in any direction.

• Touchpad: A touch pad is a device for pointing (controlling input positioning) on a computer display screen. It is an alternative to the mouse. Originally incorporated in laptop computers, touch pads are also being made for use with desktop computers. A touch pad works by sensing the user’s finger movement and downward pressure.
• Touch Screen: It allows the user to operate/make selections by simply touching the display screen. A display screen that is sensitive to the touch of a finger or stylus. Widely used on ATM machines, retail point-of-sale terminals, car navigation systems, medical monitors and industrial control panels.

• Light Pen: Light pen is an input device that utilizes a light-sensitive detector to select objects on a display screen.

Scanner is an input device that can read text or illustration printed on paper and translates the information into a form that the computer can use. A scanner works by digitizing an image. (Fig. 1.7)

Output device receives information from the CPU and presents it to the user in the desired from. The processed data, stored in the memory of the computer is sent to the output unit, which then converts it into a form that can be understood by the user. The output is usually produced in one of the two ways – on the display device, or on paper (hard copy).

•Monitor: is often used synonymously with “computer screen” or “display.” Monitor is an output device that resembles the television screen (fig. 1.8). It may use a Cathode Ray Tube (CRT) to display information. The monitor is associated with a keyboard for manual input of characters and displays the information as it is keyed in. It also displays the program or application output. Like the television, monitors are also available in different sizes.
• Printer: Printers are used to produce paper (commonly known as hard copy) output. Based on the technology used, they can be classified as Impact or Non-impact printers.

Impact printers use the typewriting printing mechanism wherein a hammer strikes the paper through a ribbon in order to produce output. Dot-matrix and Character printers fall under this category.

Non-impact printers do not touch the paper while printing. They use chemical, heat or electrical signals to etch the symbols on paper. Inkjet, Deskjet, Laser, Thermal printers fall under this category of printers.

• Plotter: Plotters are used to print graphical output on paper. It interprets computer commands and makes line drawings on paper using multi colored automated pens. It is capable of producing graphs, drawings, charts, maps etc.
• Facsimile (FAX): Facsimile machine, a device that can send or receive pictures and text over a telephone line. Fax machines work by digitizing an image. 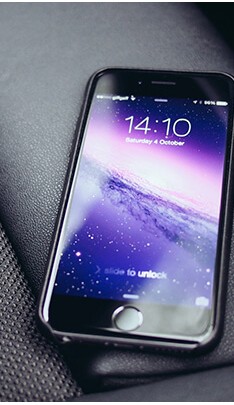