Brits are asking why they can’t get tested when centres are so quiet (Picture: Reuters) Coronavirus testing centres across the country remain virtually empty, according to infuriated Brits who cannot book an appointment online. After spending days refreshing the Government’s website and calling 119, some decided to show up to […]

Coronavirus testing centres across the country remain virtually empty, according to infuriated Brits who cannot book an appointment online.

After spending days refreshing the Government’s website and calling 119, some decided to show up to their local testing sites and were surprised at how little was going on.

Some were lucky enough to get tested on the day, while others were turned away and told they needed to book an appointment – despite their best efforts to do so online.

Describing the situation as an ‘absolute farce’ yesterday on BBC Radio 4’s World At One, Labour MP Stella Creasy said: ‘I’ve had lots of parents get in touch with me this morning because they’ve got children with symptoms that are listed… who need to get a test who cannot book one online, who’ve been trying all over the weekend to book one.

‘Our walk-in centre which is on their doorstep yesterday started turning people away if they didn’t have an appointment, which would make sense if it was busy but I’ve been down there myself and there’s nothing happening there.

Yesterday a reporter from Milton Keynes’s MKFM attended a coronavirus test centre and saw only one car enter and leave within a 10 minute period.

Meanwhile a dad in Oldham told of his frustration after showing up at a deserted test centre only to get turned away.

A health and social care worker at the site said she was told they ‘can’t test anyone’ because the labs can’t turn around results quickly enough.

This morning LBC said they tried booking tests in England’s 10 Covid-19 hotspots and were told no appointments were available.

Voicing his frustration on Twitter, Paul Marson said: ‘There’s a test centre a mile or so from where I live in the Midlands. Its a walk-in place and it’s permanently empty yet you call the Gov’t phone line and they tell you to go to Aberdeen or Swansea. Bloody odd really.’

Another user added: ‘Just got turned away from an empty test centre at Heathrow. Ok, I had a QR code for a Belfast test centre, but surely they could have tested us.

‘There’s about 30 car port tents, each with 3 people in high vis vests. No cars in sight. What a sham.’

Darren Williams said: ‘Online test booking was a mare BUT last week we just turned up to test centre in Oxford (it was empty) all got tested and results back within 12 hours. Was told Gatwick was the only one available.’

After coming down with Covid-19 symptoms on Friday evening, Nico Rosu, 26, spent more than a day going back and forth between the Gov.uk website and the 119 coronavirus testing contact centre to no avail.

Eventually the bar worker from Kensal Rise, north-west London, decided to Google test centres in her area and found a number for Brent Council.

The man on the line told her she was able to book a test for Saturday this week in advance, despite people on 119 telling her it wasn’t an option and that no appointments were available in her area.

She told Metro.co.uk: ‘Clearly the system doesn’t work. I don’t know if I’ve caught it or not. I worked on Friday. On Thursday I went in I wasn’t wearing a mask. I could have given it to someone for all I know.

‘It’s more frustrating in the sense that I could have given it to all these people but I can’t say for sure that I definitely have. I’m getting diagnosed a week and a day after, it’s a bit ridiculous.’

It appears not all areas have the option of booking tests a week in advance.

A Brent Council spokesperson said: ‘When the Harlesden local testing site opened, it was really important to us that at least half of all appointments each day be reserved for local residents and, in agreement with the DHSC, we set up a dedicated council telephone booking line to ensure local people were able to book tests locally.

‘The booking process varies across different local testing sites, and while our preference would be for residents to get a test the same day, due to current capacity we are only able to offer tests a few days in advance.’

The chaos and confusion comes after Matt Hancock outlined plans for ‘Operation Moonshot’, which aims to see as many as 10 million tests being carried out each day with results delivered in 20 to 90 minutes.

The Health Secretary’s scheme, due to be trialled in Salford next month, was met with laughter across the House of Commons due to the current state of the UK’s testing regime.

She said: ‘Can I please offer my heartfelt apologies to anyone who cannot get a Covid test at present.

‘All of our testing sites have capacity, which is why they don’t look overcrowded; it’s our laboratory processing that is the critical pinch-point. We are doing all we can to expand quickly.

‘We have additional NHS, Lighthouse, University and Partner Labs all due to open up imminently and we are also expanding the use of non-Laboratory based tests.

To view this video please enable JavaScript, and consider upgrading to a web
browser that
supports HTML5
video

The testing team work on this 18 hours a day, seven days a week. We recognise the country is depending on us.’

It is unclear why labs are struggling to process the tests, which are the same as they have been throughout the outbreak.

A government source told The Times the UK was in for a ‘rough few weeks’ until another lab opens in Leicestershire.

Testing minister Lord Bethell of Romford blamed the return of schoolchildren for putting ‘enormous pressure’ on testing sites because pupils are often joined by their parents members of the household.

He told peers Downing Street was ‘throwing everything we can’ at the system to make it work.

Today the UK recorded another 3,105 cases, compared to 2,621 people tested positive for coronavirus the previous day, and a surge of 3,300 new infections on Sunday and 3,500 cases on Saturday – some of the country’s highest daily rises since May.

There are fears of a second wave of coronavirus, with the R-rate – measuring the speed of transmission – creeping above one across the whole of the UK on Friday for the first time since early March.

A Department of Health and Social Care spokesperson said: ‘NHS Test and Trace is working, our capacity is the highest it has ever been and but we are seeing a significant demand for tests.

‘New booking slots and home testing kits are made available daily for people with symptoms and we are targeting testing capacity at the areas that need it most, including those where there is an outbreak, and prioritising at-risk groups.

‘Our laboratories are processing more than a million tests a week and we recently announced new facilities and technology to process results even faster. If you do not have symptoms and are not eligible to get a test you can continue to protect yourself if you wash your hands, wear a face covering and follow social distancing rules.’

For more stories like this, check our news page.

Sat Sep 19 , 2020
If you’re playing golf on Labor Day, you might think of race-car legend Carroll Shelby when you shank a ball into a water hazard. Shelby — who was a dedicated member of LA’s exclusive Bel Air Country Club — invented other gizmos besides hot rods, and apparently spent much of […] 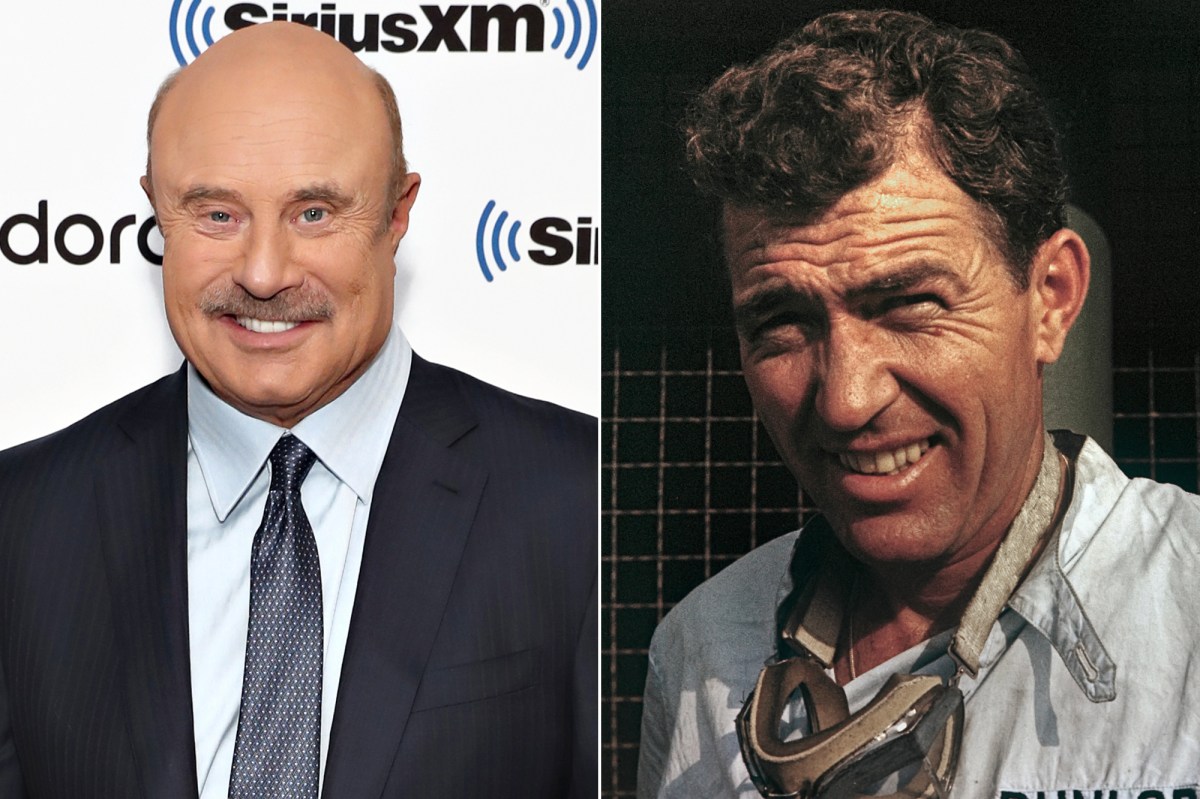