Fitness apps are all the rage these days as the lockdown has had tremendous impact on our regular lives, but how about something that’s designed to improve your skills while wrestling with the controls of a Porsche?! That’s the goal of the Porsche Track Precision app, a virtual trainer for […]

Fitness apps are all the rage these days as the lockdown has had tremendous impact on our regular lives, but how about something that’s designed to improve your skills while wrestling with the controls of a Porsche?! That’s the goal of the Porsche Track Precision app, a virtual trainer for a better, healthier, driver.

With the Porsche Track Precision app anyone owning a car from the Stuttgart-based automaker equipped with the Sport Chrono package can record on-board videos, store data about lap times and other car functions in a single place. Being a digital creation, the app enables easy but detailed analysis and sharing of the findings – and has a wide availability on both iOS and Android devices.

It seems that it can also double both as a GoPro-action type of camera, thanks to the smartphone’s native ability to record videos, as well as a proper coach – because it knows more than 300 tracks from around the world, so an unfamiliarized driver can also be tutored with a few tailored pointers.

There is also an interesting technical solution from Porsche to ensure the app gets the very best data available – instead of relying on the simple array of sensors onboard the smartphone or the influx coming via the car’s OBD diagnosis port, the company sources information directly from the control units in the sports car.

Additionally, the GPS data is dialed up from the usual 1 Hz refresh rate (once per second) to a native 10 Hz and an external Bluetooth-GPS antenna adapted 20 Hz – a great way to track your whereabouts when throttling down the track at 200 kph (124 mph), which translates into a moving rate of 55 meters (180 feet) per second.

Porsche wanted to see how a gadget-oriented tester would fare when combining the app with one of its greatest models – the current generation 911 Carrera 4S. And does it suffice to say the reviewer was no couch potato from the get go, given that he started Porsche’s Sport Auto Perfection Training 2020 at the Nürburgring Nordschleife with Bridge-to-Gantry times in the 8.45 minutes ballpark, and wrapped day one with a personal best of 8.04 minutes?!

Or that his goal for the second day was to drop the mark down in the sub eight-minute category after carefully reviewing the data offered by the Track Precision app?! Actually, he was quite fair in conceding the fact that he was unsure if the smartphone gadget really helped him better hone his skills or it had something to do with the 911’s innate motorsport DNA. 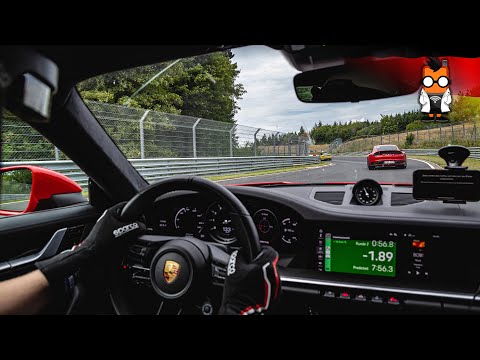 Sun Sep 27 , 2020
© Provided by Daily Mail MailOnline logo No one can doubt the might of US technology giant Apple. More than a billion of us are hooked on its sleek devices and there are few places in the world where its ubiquitous chomped-apple logo would not be recognised.  But can the […]