Enhance the ProveIt gadget summaryEnhance the ProveIt gadget targetWikipedia strategic priorityimproving quality amountUSD 3000 contact• [email protected] created on14:02, 8 April 2016 (UTC) round 2 2015 Project idea[edit] What is the problem you’re trying to solve?[edit] Wikipedia is always in need of more and better references. However, referencing is a difficult […]

What is the problem you’re trying to solve?[edit]

Wikipedia is always in need of more and better references. However, referencing is a difficult task because the citation templates are complex and because it takes a long time to gather and write all the information needed to do a complete reference (year of publication, isbn, full name of the author, etc).

The ProveIt gadget is a reference manager that scans the wikitext of any page you’re editing and creates a visual interface for easily adding and editing references. My proposal to ease the referencing process is to optimise the gadget and to connect it with Wikidata or a custom database at Tool Labs so that references are autocompleted with data taken from there. Furthermore, new references created with the gadget and new data added to existing references will be saved into Wikidata/Tool Labs, so the next time someone wants to reference the same work, the gadget will autocomplete the fields. This way the data for each reference will only need to be entered once, and future users will only reuse, correct and extend existing data.

Development time of one developer for six months. The grantee is from Argentina, where a regular salary for a part-time job in 2016 is of about 500 dollars per month (7000 ARS).

The gadget predates this project and will outlive it. After this project is completed, the gadget will be at its best and integrating it to new Wikipedias will be easier than ever. The code will comply with the JavaScript code-conventions, it will be well documented (both in the source and in Commons) and development will take place in few places (the Gerrit repo, Phabricator, and Commons) so it should be much easier for new developers to join in.

I also hope to set the example for other gadgets to follow, regarding how to set up the development environment, so that after this project is completed, other top gadgets such as HotCat may adopt the same setup.

Felipe is a seasoned wikimedian and one of the main developers of the ProveIt gadget. He has internationalised the gadget, localised it to Spanish, redesigned the interface, fixed several bugs and done many enhancements. He developed Wikidebate project, the WikiWidgets project, two wikiwidgets (Formicarium and Vivarium), several extensions, skins, and some core code. He’s a freelance web developer specialised in MediaWiki (Upwork profile), attended two Wikimedia Hackathons (Amsterdam 2013 and Jerusalem 2016), the Wikimania 2009, and has been contributing to Wikipedia continually since 2008.

Do you think this project should be selected for an Individual Engagement Grant? Please add your name and rationale for endorsing this project in the list below. (Other constructive feedback is welcome on the talk page of this proposal).

Mon Apr 13 , 2020
Toggle Alert NOTICE COVID-19 As the COVID-19 pandemic continues, the University of Denver is keeping students, faculty, staff, alumni and neighbors fully informed through our COVID-19 website and other means. In compliance with the stay-at-home orders in Denver and Colorado, we are delivering all of our classes online. Access to our buildings and grounds […] 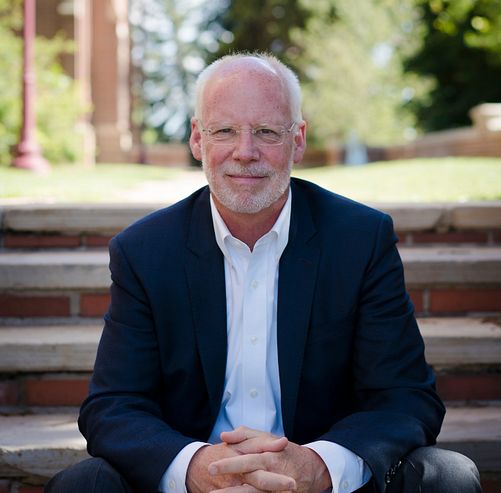