If you’re looking to change your internet provider, or are considering increasing your internet speed, it’s always a good idea to know where you currently stand. That way, you’ll be able to better understand what you want and need from a new internet plan.

Google offers a simple and fast tool for doing this, and all you have to do is complete a simple Google search to start.

The test measures your speed by measuring the amount of data that can move through your internet connection. It takes about 30 seconds to complete, and your results are given in terms of megabits per second, or Mbps. The higher your Mbps count, the better.

For reference, the FCC’s standard for a fast internet connection is at least 25 Mbps for downloads, and 3 Mbps for uploads. This test can measure connections of up to 700 Mbps.

You may also see a “Latency” reading. This is a measure of how quickly you get a response from your server, and is given in milliseconds, or ms. Here, the lower your number, the better.

Here’s how to test how fast your internet speed is.

How to use Google’s internet speed test

Before you run the test, you should know that doing so requires sharing your IP address with M-Lab, which Google has partnered with to produce the test.

1. Go to Google and search for “internet speed test.”

2. At the top of the search results will be a box labeled “Internet speed test.” Click the blue “Run Speed Test” button at the bottom of this box.


3. A new pop-up will appear with a speedometer, like the type you’d see in a car. The test will begin measuring your download speed, followed by your upload speed. You don’t have to do anything.


4. Once the test is finished, your results will be displayed.

Note that when you take this test, your IP address will be shared with Google and M-Lab, the company that runs this test. There’s no real security threat here — both companies keep their data incredibly secure, and even if someone were to find your IP address, there’s nearly no chance that they could use it in a malicious way.

Also keep in mind that your internet speed is constantly changing, depending on how close you are to your router, how many devices are on the network, and how much data you’re currently using.

Gallery: Google’s music streaming service is about to shut down for good. Here are 20 other Google products that bombed, died, or disappeared. (Business Insider)

Google’s music streaming service is about to shut down for good. Here are 20 other Google products that bombed, died, or disappeared.

Google Answers was the first project Google worked on and started as an idea from Larry Page. Answers lasted for more than four years but stopped accepting questions in 2006.

Lively, Google’s virtual worlds, lasted a little over a year. Google said it created Lively because it “wanted users to be able to interact with their friends and express themselves online in new ways,” but it just didn’t catch on. Lively was shut down in 2008.

Google first unveiled Glass in dramatic fashion in 2012, but the device never made it to the masses. Glass came with a high price tag, software issues, potential privacy problems, and it generally looked too nerdy. Google ended consumer sales of Glass in January 2015, but it continues to sell the device to businesses and is working on a new version.

Google Buzz was a social-networking service that was integrated into Gmail, but it was plagued with problematic privacy issues and never caught on. The company announced in October 2011 it would shut down the service to focus on Google+ instead.

The Google Play edition Android phone was introduced in the spring of 2014. But by January 2015, they were listed as “no longer available for sale” and a Galaxy S5 edition of the phone never materialized, despite leaked photos appearing online.

Google Wave was designed to let people message each other and edit documents together, but users were confused by it and it quickly flopped. Wave lasted about a year before it was killed in August 2010.

Google Video was Google’s own video-streaming service, launched before the company bought YouTube in 2006. Google Video stopped accepting new uploads in 2009, but Video and Youtube coexisted until August 2012 when Google shut down Video for good.

Google’s Nexus Q, a streaming media player that was designed to connect all home devices, was unveiled with great fanfare at the company’s 2012 developer conference. Reviews of the $299 Q in tech blogs were brutal, and Google shelved the product before it ever went for sale to the public.

Google X, an alternative interface for the search engine, lasted exactly one day before Google pulled the plug. A strange tribute to Mac OS X’s dock, the site said: “Roses are red. Violets are blue. OS X rocks. Homage to you.” Google X was quickly taken offline on March 16, 2005, and today the name has been repurposed as Google’s research division.

Originally intended to give people access to health and wellness information, Google Health was closed for good in January 2012 after Google observed the service was “not having the broad impact that we hoped it would.”

Google Reader was a news-reading app that let users pull in stories from blogs or news sites. Google announced it was shutting down Reader in March 2013 — much to users’ dismay and outrage — and it was officially killed in July 2013.

Google Catalogs, an interactive shopping program that digitized catalogs, was shut down in 2015. Google shuttered the mobile version of Catalogs in 2013 and shut down the desktop version two years later.

Google Hangouts On Air — Google’s live-streaming service — is moving to YouTube Live beginning September 2016. The service was originally created in 2012 when live streaming was catching on and was once used by President Obama and Pope Francis.

Dodgeball, a service that let users check in at locations, was purchased by Google in 2005. Its founders, which included Dennis Crowley, left Google seemingly on bad terms in 2007 and Crowley went on to build a very similar service, Foursquare, two years later.

iGoogle, a personalized homepage, was shut down in 2013. Created in 2005, iGoogle allowed users to customize their homepage with widgets. Google said iGoogle wasn’t needed as much anymore since apps could run on Chrome and Android.

Orkut was once a popular social-networking service that grew out of a Googler’s “20% time” project. The site was more popular abroad than it was in the US and Google decided to kill it in September 2014.

Google Notebook was a precursor to Google Docs and was a place to copy and paste URLs or write notes that could be shared or published. Google stopped development on Notebook in 2009 and officially shut it down in July 2012, transferring all data from Notebook to Google Docs.

Google Plus was intended to be Google’s social-networking service. But Google decided to shutter it after a software glitch caused Google to expose the personal profile data of hundreds of thousands of Google Plus users.

Allo was Google’s smart messaging app. But it never gained “the level of traction” Google was hoping for.

Inbox by Gmail was intended to be a new take on email, aimed at making it more efficient and organized.

Google Play Music was intended to compete with Spotify and came pre-installed on Android devices.

Wed Aug 26 , 2020
Google is asking the government to let it test next-generation 6GHz WiFi in dozens of cities across the US, according to filings seen by Business Insider. The company wants to test the new technology in 17 states in total, and several cities within California. 6GHz WiFi will be a major […] 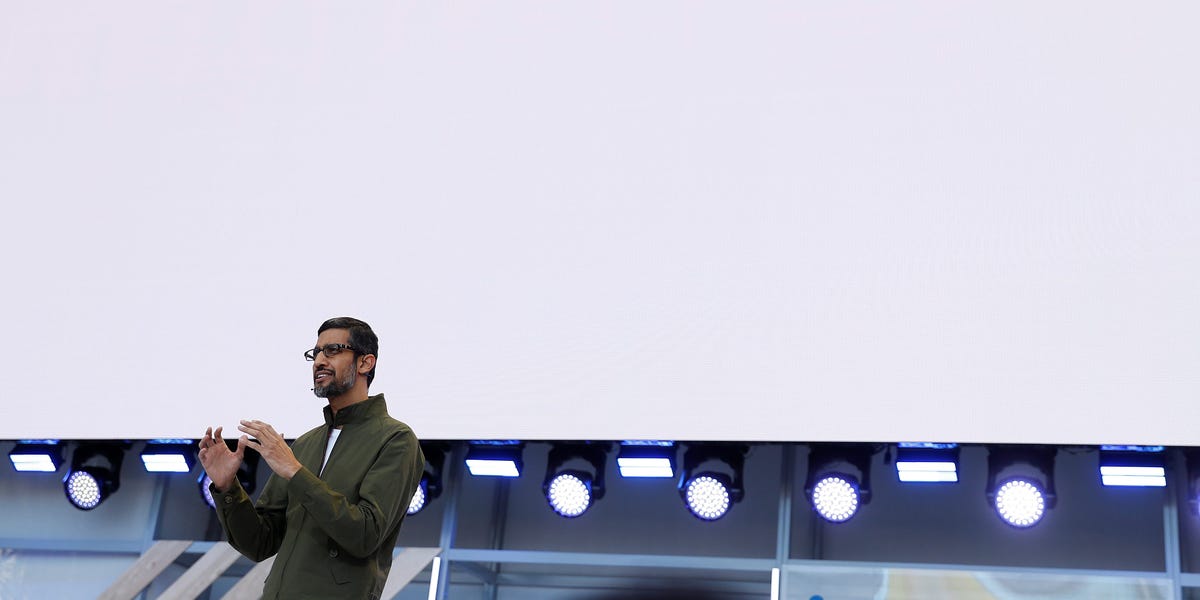