FORGET forking out thousands when redesigning your home, DIY panelling is the latest home makeover trend that can be achieved for less to nothing.  Hundreds of homeowners are showing off their wooden panelled walls that they have put up themselves on a budget – and they look extremely stylish indeed.  […]

FORGET forking out thousands when redesigning your home, DIY panelling is the latest home makeover trend that can be achieved for less to nothing.

Hundreds of homeowners are showing off their wooden panelled walls that they have put up themselves on a budget – and they look extremely stylish indeed.

Taking to Facebook, a savvy homeowner shared how she went into B&Q and cut up bits of MDF for £13 a sheet to make a creative backboard.

After sticking the boards up on her walls using just tac nails, she then filled in the gap, and used a wood primer, before painting it green.

The finished result was stunning and racked up thousands of likes online from impressed internet users.

A woman revealed her stunning panelled feature wall transformation, which she created with bargains from Wilkos and B&Q.

Georgia Palmer, from Scunthorpe, admitted she’d never done anything like this before – but says YouTube videos gave her the confidence to try.

The work cost £80 in total and was done back in September, so it’s not a lockdown project.

Georgia used 12mm of MDF stripwood from B&Q, No More Nails adhesive from Screwfix, filler from Wilkos and B&Q’s Goose Down Dulux Matte paint – which costs £26 for a 5 litre tub.

She explained: “I measured the walls and did a little sketch to make sure the angles and spaces were even and symmetrical where I wanted the panels to go.

“The vertical strips are quite self explanatory but the angled strips I held a piece of mdf against the wall and at the angle I liked I pencilled a straight line.”

A woman has revealed how she managed to revamp her kitchen for just £25 using MDF from B&Q.

She wrote on Facebook: “We got a sheet and asked them to cut it in store, he told us he could only do 5 cuts but as there was two of us he would allow us 5 each so managed to get the whole sheet cut into strips (roughly £15).

She said they used ‘no more nails’ to attach the panels to the wall and the edges were then caulked and any nails or dents on the wall were filled with Polyfilla.

She added: “We primed the panels with two coats of white before painting the whole wall.

“The paint is Farrow and Ball Inchyra Blue which my friend gave us as she had half a tin left.

“Very happy with the end result if anyone is contemplating doing panelling it was actually very easy and took around 4 days work to complete!”

Rather than pay for a professional builder, DIY fan Calsey Banks decided to give it a go herself – and you’d never know the difference.

The 30-year-old PA from Birmingham was inspired by the gorgeous panelling after seeing it on social media.

Calsey, who shares her home transformations on Instagram, managed to create the look in her spare bedroom using MDF and paint for just £150.

Casey used MDF strips she picked up from B&Q and no-nail glue to attach them to the wall.

Then she painted the timber with Regency cream paint by Craig and Rose Paint.

She said: “The strips cost me £5 each and the glue was £6 from B&Q, so all together in total, it cost me around £150 together including the paint and the shelf.”

The panelling only took her one day to do, plus an extra couple to finish the painting.

Sarah went shopping and bought clearance wallpaper from B&Q for £9 a roll, Wilkinson’s paint for £12 a tin and strip wood with no nails glue from B&Q for £40.

Sarah gave the room a stylish makeover – including testing her DIY skills while creating the on-trend panelling effect.

She said: “Once I started – the actual decorating took four days.

“I hung the wallpaper halfway down the wall. Once it was done I got the strip wood up to create the paneling effect, I used no nails and a few tacks to hold it up.

“Then I painted everywhere! It took three coats and felt like it took forever.

“The hardest part was definitely making the fake panelling. I ended up sitting with my foot against the wood at one side and hand on the other to try to get it to stick and not ping off.”

A thrifty woman has left other DIY fans stunned after revealing her stunning new doors that cost her just £13 each.

The mum was looking at buying new doors to update her family home, but with a hefty price tag of £100 each she decided she could do a better job herself.

She decided to to re-create the shaker door style using a faux-panelling technique, which required nothing more than some scrap timber and paint.

She told Daily Star online that her and her husband cut the wood to size themselves in order to create the shaker panelled doors.

The woman also revealed that they attached the wood with grab adhesive and small nails before finishing them with a coat of primer and satin paint to match the rest of the door.

The mum even suggested using MDF rather than plywood for anyone wanting to do the same as MDF will make the project even cheaper.

DIY fans have been trying out wood panelling to spruce up their otherwise ordinary walls, but one crafty woman tried it on her stairs instead – and it looks amazing.

The stunning design cost her just £30 using wood from B&Q and has now completely transformed her once drab staircase.

The crafty homeowner posted snaps of the makeover to Facebook where it was met with huge praise from fellow DIY fans.

Along with the new panelling that runs halfway up the wall, the woman also painted the top half of the beige wall a stunning lush grey.

She wrote: “Had a go at this Panelling malarkey… Wasn’t so bad.. I really can’t believe the difference it makes to a hallway… Thank you for the inspiration.”

She also added that the carpet on the stairs were random cut offs from her “local carpet guy” and said it was all done “completely on a budget”.

A woman has shared how she completely transformed her old wardrobes to have a chic black panelling for just £16.

Instead of forking out thousands for new bedroom wardrobes, she simply used thin strips of wood and painted them black, before attaching them with double-sided tape.

Taking to the Facebook group DIY on a Budget, she wrote: “I’ve hated my discoloured mirrored wardrobes for years.

“So I painted all the frames and some thin strips of wood in frenchic blackjack paint.

“I just cut and stuck the wood strips to the mirrors with double-sided tape.

“I had the paint already but the wood cost me about £16 from b&q. It has completely transformed my room.”

Many people said they were desperate to copy her money-saving hack, and she revealed the paint she used was Frenchic Al Fresco in the Blackjack shade.

Snack craving out of control? Here are the portions you SHOULD be having

I was homeless for two years before starting my own business, now I’m worth £208m

We shared how a DIY fanatic showed how to get neat wall edges in seconds WITHOUT using masking tape.

In other DIY news, this mum revealed how she uses fabric softener to strip wallpaper.

And this is how one mum turned her tired home into a pink palace.

Wed Sep 9 , 2020
GitHub has introduced a new container registry to improve how it handles containers within packages. The registry is available as a public beta, and will enable users to enforce better access policies, encourage the usage of standard base images, and promote innersourcing.  “While GitHub Packages already gives teams greater traceability […] 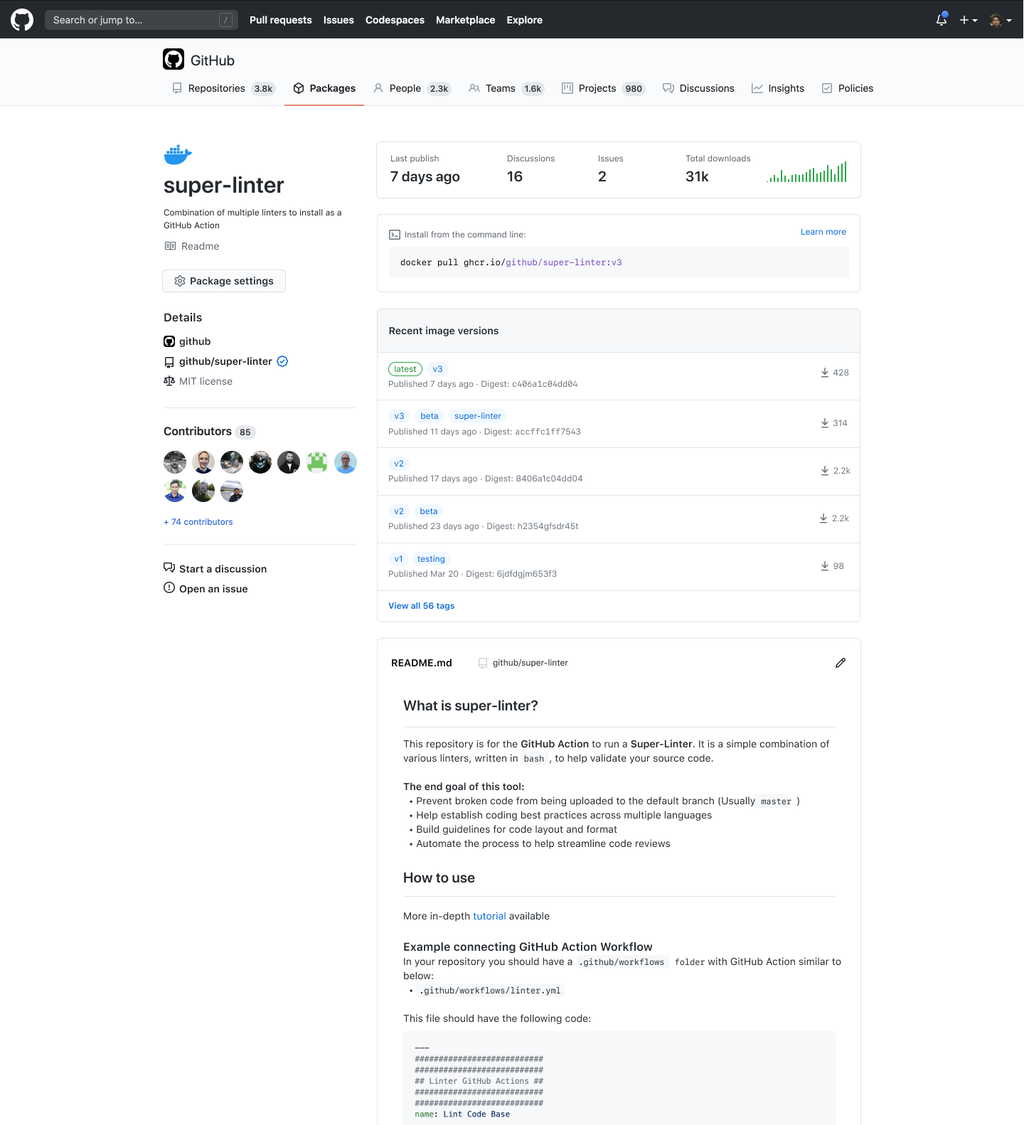