The Nubia Red Magic 5G. Nubia Here’s the wild “Cyber Neon” color, which is definitely not colored after the Nintendo Switch. Nubia This version I’ll call “Not Iron Man.” Nubia Here is the limited edition “Transparent” version. Supposedly you’ll be able to see the fan spinning. Nubia The boring black […]

Chinese OEM Nubia (an offshoot of ZTE) has announced the latest in its line of gaming phones: the Nubia Red Magic 5G.

There are a couple niche brands out there that make “gaming” Android phones, but Nubia’s Red Magic series is probably the gamer-i-est gaming phone thanks to the inclusion of an internal cooling fan. Yes, just like a laptop, the CPU in this phone is cooled by an actual, spinny fan that blasts heat out of the side of the phone. The fan exhausts via a vent on the right side of the phone, above the power and volume button, and it pulls in air from another chunky vent on the left. This is easily the most extreme smartphone cooling solution on the market, and hopefully it ensures your marathon mobile gaming sessions avoid any kind of thermal throttling.

The display is a 6.65-inch 2340×1080 144Hz OLED display, which also helps with the whole “gamer” motif, since that’s the same refresh rate as many PC gaming monitors today. It also happens to be the fastest smartphone display on Earth, besting the previous record of 120Hz.

The sides of the phone are actually loaded with stuff. Besides the exhaust vent, the right side has capacitive shoulder buttons at the top and bottom for landscape gaming usage, plus the usual power and volume buttons. The left side has that intake vent, a sliding two-position switch to “enter game mode,” and some kind of dock connector on the side. With something called a “Red Magic e-sports magic box,” you’ll be able to charge the phone, use a voice headset, and hook up a wired network cable. Nubia is really flexing Android’s hardware compatibility here. (Sadly, there are no pictures of this.)

The phone also comes in some wild (and highly referential) color combinations. Besides the boring black version, there’s a neon red and blue version that is definitely not supposed to evoke the Nintendo Switch controllers. There’s also a red and gold version that is legally distinct from Marvel’s Iron Man. Dig into the website and you’ll also find a crazy “transparent” version that will supposedly let you see the internal fan and various chips. We’ve seen phones with fake transparent backs before, so it’s hard to know if this phone is truly transparent or not just from the render.

Thu Apr 2 , 2020
Introducing CleanseBot CleanseBot is the world’s ONLY bacteria killing robot designed with YOU in mind. CleanseBot is a smart robot with artificial intelligence and 18 sensors built in. It uses FOUR UV-C lamps to blast away 99.99% of germs and bacteria on ANY SURFACE. But most importantly, on your hotel […] 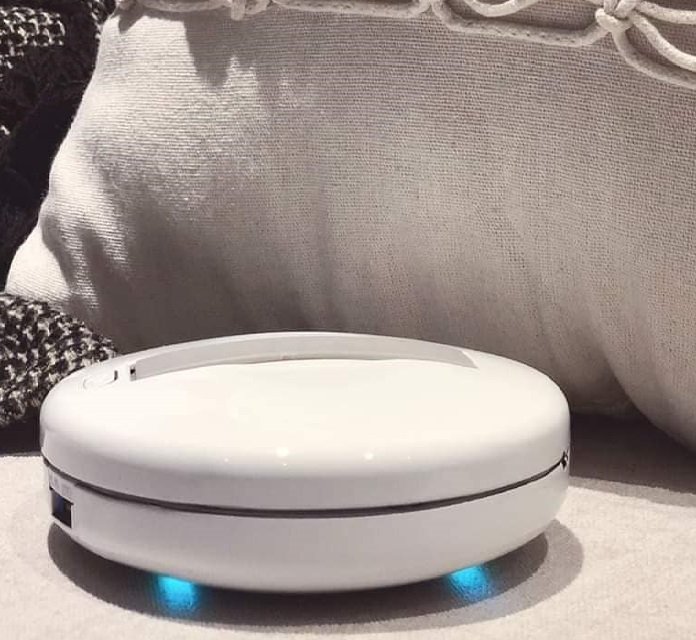