(Selfridges) The news that high-end department store chain Selfridges is to move into the Clothing-as-a-Service  space comes at an interesting time as one of the veterans in the sector pulls out of its own bricks-and-mortar operations.  As part of a number  of high profile moves into sustainable fashion, Selfridges, one […]

The news that high-end department store chain Selfridges is to move into the Clothing-as-a-Service  space comes at an interesting time as one of the veterans in the sector pulls out of its own bricks-and-mortar operations.

As part of a number  of high profile moves into sustainable fashion, Selfridges, one of the retail legends of London’s Oxford Street, has announced Resellfridges, an own-brand resale model for p-pre-owned and archive fashion and accessories. The store is also teaming up with rental specialist Hurr Collective to offer customers the chance to rent 100 items from more than 40 brands for periods of 4, 8, 10 or 20 days at a time. Shoppers can also sell used accessories to the store for credit from mid-October.

Clothing-as-a-Service had been tipped to be big business prior to the COVID-19 outbreak. According to the latest report by IMARC Group, entitled “Online Clothing Rental Market: Industry Trends, Share, Size, Growth, Opportunity and Forecast 2020-2025”, the global online clothing rental market size reached a value of $ 1.26 billion in 2019 with a prediction of a total size of $2.08 Billion by 2025.

And as we noted last year when Banana Republic dipped its toes in the water, there’s a strong sustainability angle here. As former GAP CEO Art Peck put it:

One of the biggest elements of waste in our industry is not the clothing that’s bought, it’s the clothing that is bought but unwanted…that end up sad and lonely in the clearance section of the store.

It was that aspect that Selfridges Managing Director Anne Pitcher has been picking up on this week:

Customers were telling us how important sustainability was to them. Then the pandemic happened – and the total disruption of our lives. It’s a moment of real change. Our customers have changed their mindset. They have adopted different behaviours, some forced, but they have completely new demands and expectations from retail businesses. This is going to be a very tough year and we have to change the way we do business. We have to have new conversations.

But is this really the right time? In a pandemic, do consumers really want to rent clothing, uncertain of who wore it last? Certainly COVID-19 has increased the pressure on rental providers to have a compelling and utterly convincing hygiene story to tell.

That said, the wider shift to a Subscription Economy worldwide favors the -as-a-Service angle and there are strong political and societal forces at play. Last year, the UK Parliament, for example, published a report – Fixing fashion: clothing consumption and sustainability – in which it called for a significant re-evaluation of so-called ‘fast fashion’ trends.  The report noted:

According to consultants McKinsey the global apparel, fashion and luxury industry outperformed all other market indexes in profitability between 2003 – 2013 ‘outstripping even high-growth sectors like technology and telecommunications.  More than $500 billion of value is lost every year due to clothing underutilisation and the lack of recycling, according to the Ellen MacArthur Foundation.

It cited evidence from fashion designer Phoebe English who argued that ‘fast fashion’ has made the sector a ‘monstrous disposable industry’:

The overproduction of ‘fast fashion’ which will never be purchased or used and the insane speed which the sector churns out new designs almost every week means that the never-ending production of cheap fashion which is poorly made and will last only a few weeks and then be thrown away, has made our sector a monstrous disposable industry. The entire way the sector is structured so that the prospective sales orders are put into production rather than only making the production which has been actually ordered means that countless levels of wasted garments are produced.

As such, the report concluded:

We need a new economic model for fashion. Business as usual no longer works.

Clothing-as-a-Service has also been seen as a new economic model for beleaguered retail brands in the throes of a dangerously disrupted business sector. Firms such as Hudson’s Bay, Macy’s, Nordstrom and JC Penney are among those to have signed up with dedicated rental and resale platform providers such as ThredUP to offer subscription services.

One of the latest fashion brands to make the move is Levi’s which has team up with Danish retailer Ganni to deliver a new denim collection that isn’t for sale, only for rent up to three weeks. Each item comes with a tag that can be scanned by smartphone to show customers the rental history of the item in question. It’s the first rental-only collection from both brands, and is available in both the US and the UK as well as Scandinavia.

But at the same time, one of the pioneers in the Clothing-as-a-Service space, Rent The Runway, has announced its shuttering its physical outlets for good and will operate an online only business. Rent The Runway was set up in 2009, when founders Jennifer Hyman and Jennifer Fleiss wanted to create “a closet in the cloud” for women like themselves. The firm offers two plans – 4 items a month for $89 or an unlimited number of items for $159 per month. Consumers make selections via the company website or mobile app and the firm’s proprietary technology platform handles the payments, logistics etc.

The firm ships to over three quarters of US zip codes, but it operated a number of stores around the US in major cities, But over time these had morphed into mainly pick-up and drop-off centers, according to Rent The Runway COO Anushka Salinas. Then along came COVID-19 and no-one was going near physical stores anyway to seal their fate:

The closure of our retail stores is something we had long considered as part of the evolution of our overall business strategy — as the primary use-case of our stores for the past few years has been pick-up and drop-off — and was a decision we accelerated during the pandemic. We will continue to innovate our experience to best suit the changes in our customer’s lives even in a new normal.

What that so-called new normal will look like for the Clothing-as-a-Service sector remains to be seen. Rent The Runway laid off all of its retail staff and has slashed operating costs by 51%. The online-only future iteration will still have to tackle COVID-19 realities, such as how much demand is there for high end clothing anyway if life is mainly conducted via Zoom? And the hygiene factor will remain. Back in March, the firm went on the offensive here, emailing customers to assure them:

While scientific information is still developing, we have no reason to believe that our processes are ineffective against COVID-19. The teams in our fulfilment centers will continue to use a variety of techniques to ensure that each garment is thoroughly cleaned, steamed and pressed, inspected for quality and carefully packaged so that it arrives ready to wear.

Selfridges own gambit here has won the retailer some good headlines in the mainstream media, largely from the sustainability angle. How its experiment plays out in practice over the next couple of months will be a very useful test case for a retail economic model that collided with a pandemic, with uncertain consequences for all concerned.

Thu Aug 27 , 2020
P.E.I.’s chief public health officer is echoing concerns brought to her attention about 811 delays that are preventing people with COVID-19 questions from getting through. In an interview on CBC News: Compass Thursday, Dr. Heather Morrison said she is worried about the time it is taking for the call centre to return calls, as well as the […] 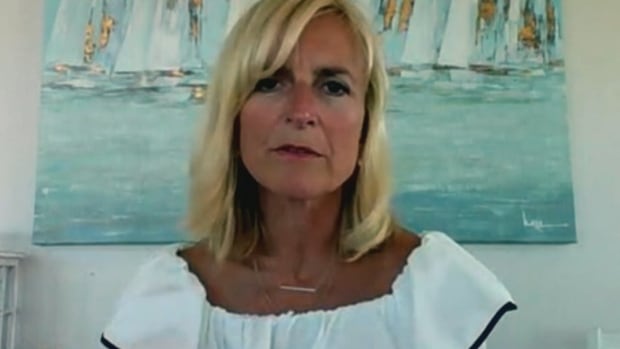