This year, the Santa Fe Indian Market went virtual. The annual event typically sees Indigenous artists from across North America gather in New Mexico to sell their authentic works across hundreds of booths. While this summer’s lineup looked different, it was still a real place for discovery. The schedule, spread […]

This year, the Santa Fe Indian Market went virtual. The annual event typically sees Indigenous artists from across North America gather in New Mexico to sell their authentic works across hundreds of booths. While this summer’s lineup looked different, it was still a real place for discovery. The schedule, spread out across the month of August, included everything from a shoppable online marketplace, where consumers could find authentic Indigenous-made goods, to a virtual fashion show that showcased the works of seven Indigenous designers, including veteran Diné designer Orlando Dugi.

During the virtual fashion show, which was held last week, the designers combined traditional craft with modern finishings, all of which challenged the idea of what Indigenous design can be. One artist in particular stood out from the lineup: Skawennati, a Mohawk artist based in Montréal, Canada. Originally from Kahnawake, which is Mohawk territory, Skawennati has been producing her multimedia art in the city for over 18 years. She is best known for her virtual works, which consist of futuristic digital worlds, films, and avatars with an unlikely Indigenous twist, outfitting her characters in traditional clothing such as ribbon shirts and more. “My work is about imagining Indigenous people in the future,” she says. “We need to imagine the future of our nations, because we have been relegated to the past for far too long.”


Skawennati recently partnered up AbTeC with her husband, Jason Edward Lewis, a professor, to create a virtual world she calls a “research network,” aimed at helping Indigenous students honor and maintain their culture through technology. “AbTeC stands for Aboriginal Territories in Cyberspace,” she says. “We designed workshops [on there] to teach Indigenous youth how to use digital tools to tell our stories.” The artist also makes “‘Machinimas,” which are short movies based in virtual environments; she has been making them since the early 2000s. Skawennati has become well-versed in creating digital avatars as a result, using a software called Second Life to bring them to life. “It allows you to make things right inside the program,” she says. “It’s one of the most popular virtual worlds online, with hundreds of thousands of users.” To make the Indigenous attire her avatars wear, Skawennati then uses the software Marvelous Designer, which creates 3-D clothing. (She is even working on a new series of Instagram filters, too, where people can Avatar-ize themselves.)

When Skawennati decided to take part in the Santa Fe Indian Market show this year, however, she wanted to do something a little different, namely make real-life clothing. She says she first got the desire to design a fashion collection when she attended the inaugural Indigenous Fashion Week in Toronto (IFTWO) back in 2018. “I was expecting serious models to walk down the runway, and there were different colors, sizes, ages—and they were all smiling,” she says. “It was such a joyous occasion. I loved it so much that I thought, ‘I want to do that.’”


For her first clothing collection, Skawennati played off the ribbon shirts that she has often made for her digital avatars in the past. She produced a range of ribbon shirts in calico and camouflage textiles, developing the prints herself. “Camouflage has always been part of our wardrobe, especially Mohawk people,” she says. “And calico is also used for our ribbon shirts. I thought it would be interesting to mix them.” The artist also made use of nontraditional techniques and exaggerated the ribbon lengths with ribbons that extend all the way down to the floor—a symbolic move. “I felt like the ribbons represented our through line as native people, from the past to now,” she says. “Our continued existence and resistance. This line connects us, and that’s why I wanted [the ribbons] to be joyous and loud and multiplying.”


Growing up, Skawennati never had a ribbon shirt of her own, and her decision to make a whole collection of them proved to be a full-circle moment for the artist. “My father’s white, and so I think for a long time, I was like, ‘I’m not native enough for a ribbon shirt,’” she says. At IFWTO in November, she will be showing the same collection of eight ribbon shirt looks she presented at the Santa Fe market—and plans to take the concept of Indigenous futurism even further. Her digital runway presentation will feature models holding up activism signs, such as “Water Is Life” or “No More Stolen Sisters,” a reference to the current epidemic of missing and murdered Indigenous women. “The way I imagine the collection is what to wear to demonstrations and protests,” she says.

Having just shown as part of the Santa Fe show, Skawennati says she enjoyed the new challenge of creating a tangible, hands-on product—though the creative process hasn’t been all that different from her virtual works. “I love feeling the fabric, touching it and being with it in the same realm,” she says. “But I also feel like I’m with my avatar when I make them. I still feel that physicality.”

The 2020 Browser Battle: Surfing With Speed

Fri Sep 18 , 2020
Accessing the internet is one of the most basic tasks for any computer, but webpages in 2020 are incredibly complex so how the browser interprets the code and renders it as a viewable webpage is no simple task. Modern browsers have both a rendering or layout engine, as well as […] 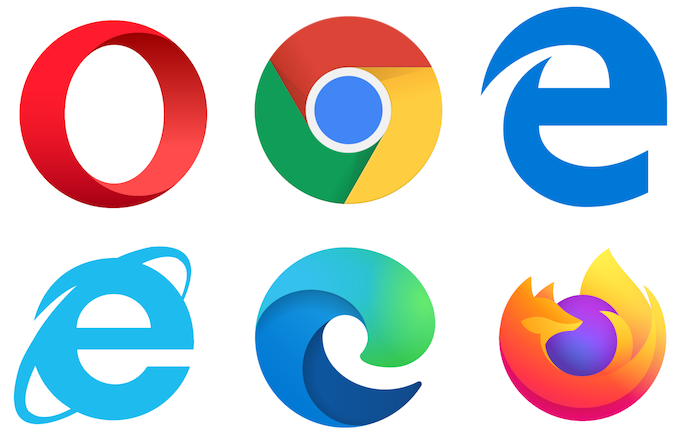