Cisco Ramon is one of the most popular characters in TV’s The Flash series, providing comic relief, pathos, and also some of the coolest gadgets in the Arrowverse. Fans were relieved to hear about Cisco’s continued importance in the series after all the major changes instigated by the “Crisis on Infinite Earths” […]

Cisco Ramon is one of the most popular characters in TV’s The Flash series, providing comic relief, pathos, and also some of the coolest gadgets in the Arrowverse. Fans were relieved to hear about Cisco’s continued importance in the series after all the major changes instigated by the “Crisis on Infinite Earths” storyline.

RELATED: Arrowverse: 10 Characters We Want To See Closer To The Comics After Crisis On Infinite Earths

As a mechanical engineering genius with S.T.A.R. Labs, Cisco has provided Barry and several other characters in the series with crucial tech that has allowed them to defeat their enemies, travel between dimensions, and much more.  But, knowing that much of TV’s The Flash deviates from the comics, how many of these gadgets were taken from the four-color pages? Conversely, which were invented for TV? In some cases, the answer is both.

10 Comics: Cisco Had Nothing To Do With The Flash’s Suit

In the TV series, Cisco invented and upgraded the Flash’s iconic red suit, along with its high tech enhancements, such as self-repairing armor, temperature, and fire control.

In the comics, of course, Barry has a suit, but it’s actually the Speed Force itself that protects him from friction and gives him a self-healing power. Comic Barry also used a ring he invented that compressed his suit, popping it out in emergencies for quick changes.

In The Flash TV series, Cisco makes his Vibe glasses with Caitlin’s help so that he can go into a lucid dreaming state and guide Team Flash during the dramatic confrontation with Reverse-Flash. Later, he uses Reverb’s glasses, which are calibrated to Earth-1.

The glasses or goggles help Vibe manipulate dimensional energies. The glasses are a made-for-TV invention and do not appear in the comics, where Vibe can control his powers of vibration and resonance on his own. It doesn’t help him from getting killed off three times in the comic book world.

In The Flash, Cisco is the one who designed Captain Cold’s signature absolute zero gun. In the comic book world, Leonard Snart, aka Captain Cold, designed his own gun. Snart was a criminal and an obviously smart one.

Snart had a theory that a cyclotron could mess around with The Flash’s super-speed, and he created a gun that he then wanted to charge with a cyclotron. The gun was altered in an unexpected way, however, and he inadvertently created the absolute zero gun.

Golden Glider’s gold gun is another Cisco Ramon invention in the Arrowverse, albeit one he was forced into making. In the comics, however, the Golden Glider is a figure skater, and she wears a pair of skates that create their own ice, enabling her to skate anywhere.

Golden Glider has other gadgets like exploding jewels that she mostly creates herself; however, no gold gun. The only thing similar is another cold gun, a replica of her brother Captain Cold’s weapon, that she made herself.

Cisco makes the flamethrower for Heat Wave in the TV series, a character who first appeared in The Flash #140 in 1963. Mick Rory was a pyromaniac from childhood and had to run away from home after he got revenge on a classmate by setting his house on fire with him in it.

Inspired by the Rogues, a supervillain group in Central City, Rory became a criminal, making an asbestos suit (before it was the well-known health hazard it is today) and his hand-held flamethrower, which he called Hot Rod.

As an engineer working at S.T.A.R. Labs, Cisco made suits with special protective powers for Kid Flash and White Canary in the TV series. The suits themselves exist in both media, albeit slightly different in the details.

In the comics, White Canary is a martial artist who generally wears a tight costume whose only special power is staying put during her fights. Kid Flash of the comics got his suit from The Flash himself, complete with the same costume-storage ring that the latter wore. While inspired by the comics, the suits in the Arrowverse are their own separate things.

In the Arrowverse, Cisco creates a tachyon device, a gadget that accelerates speed, to trap Reverse-Flash. He builds another that allows the Flash to breach into Supergirl’s Earth. The tachyon device is first mentioned in DC Comics in 1963.

It’s what Eobard Thawne uses to enhance the Flash costume that he finds in a time capsule in his native 25th century. Comic Vibe has nothing to do with it, but the device does exist in the DC Comics universe.

The whole particle accelerator blast is an invention for the TV Arrowverse – a way of introducing mutants into a world that didn’t previously have them. At S.T.A.R. Labs, Cisco helps turn the accelerator into a kind of prison for the mutants they capture.

The whole particle accelerator that turns into a prison doesn’t exist in the comics at all. There, Barry Allen is turned into the Flash by that DC Comics specialty, a chemical spill caused by a lightning bolt.

In The Flash, Cisco makes a modified treadmill for Barry to help find out why he’s having fainting spells. Naturally, the treadmill is geared for his super-speed and monitors his vital signs. In DC Comics, Barry Allen’s cosmic treadmill lets him travel back and forth through time.

It was one of his signature gadgets during the Silver Age of comics, and it was created by Barry Allen himself. Barry is really the master inventor in the Flash comic book stories for the most part.

The interdimensional extrapolator is another invention designed for the  Arrowverse, creating the ability to pass between dimensions and also time travel. Like the particle accelerator scenario, it creates powers that don’t exist in this version of reality.

Cisco Ramon invents it, but it’s also developed on Earth-27 by Bruce Wayne. It’s not necessary to have a special device for interdimensional travel in the DC Comics world, where some beings can pass through portals at will.

NEXT: The Flash: 5 Ways The Speed Force Is The Same As The Comics (& 5 Ways It Has Changed)


Next
Avatar: How Old Katara Is & 14 Other Things You Didn’t Know About Her

Wed Sep 9 , 2020
“We’re cognizant that it’s a difficult and emotional time,” said Amy Lang, Staples senior vice president for strategy and insights, who added that the company changed the slogan to ensure it didn’t sound tone deaf to the stresses facing parents. “It’s not going to be the year we thought it’s […] 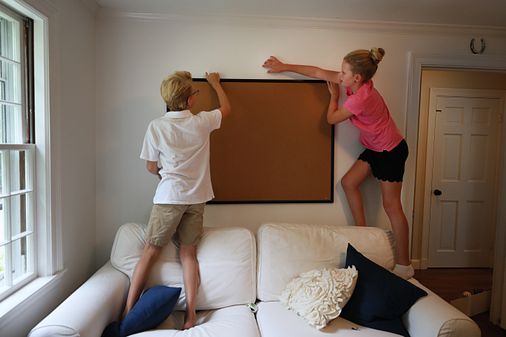